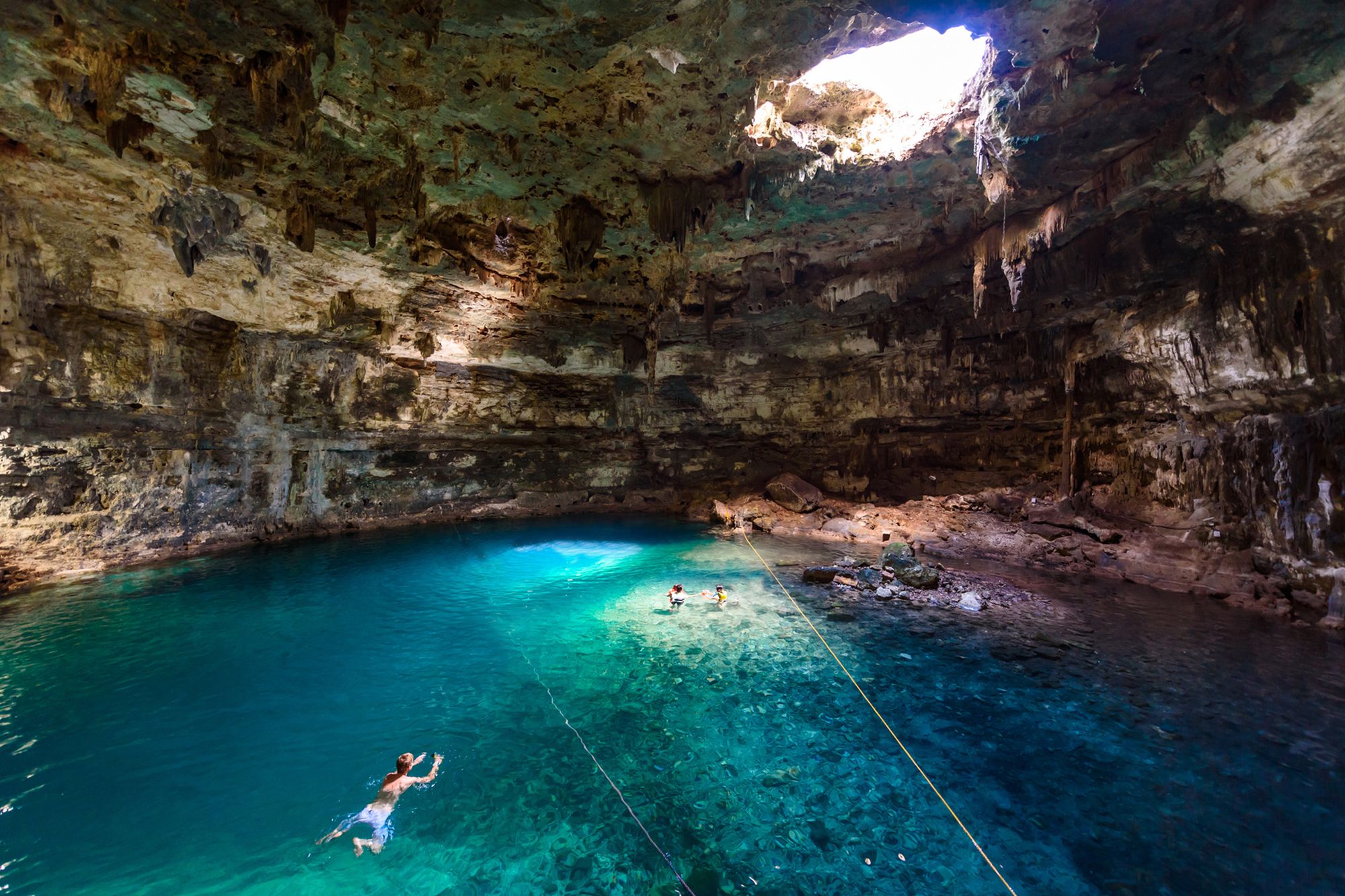 Yucatán is a Mexican state famous for its beaches on the Gulf of Mexico and the Mayan ruins. The famous Chichén Itzá encompasses a massive pyramid, a ball court, and stone temples. Other Mayan sites are Ek Balam, famous for well-preserved sculptures, and Uxmal, with its intricate carved facades. The capital and largest city of Yucatán, Mérida, has a colonial history that is reflected in buildings such as the 16th century Mérida Cathedral. You can find new experiences touring Rio Lagartos or exploring the ruins of Chichen Itza, as well as visiting the many farms and cenotes that are in this state. Nor can we forget the gastronomy that this region offers us since it is characterized by dishes such as: papak-tzul, cochinita pibil, suckling pig, black stuffing among others.